Our Muse: Hwang Jini, a Heroine Beloved throughout Korean History

If you’ve ever been to miss KOREA BBQ MEE on the 3rd floor, you’ve met the legendary Hwang Jini. She greets you from above with an aura of irresistible beauty and sensuality, which she emits to all of her surroundings. Portraits of Hwang Jini adorn the chandeliers, while her flowing red skirt dramatically surrounds us all in her elegance and poise.

For National Women’s History Month this March, miss KOREA BBQ would like to share the inspirational story of our muse, Hwang Jini. 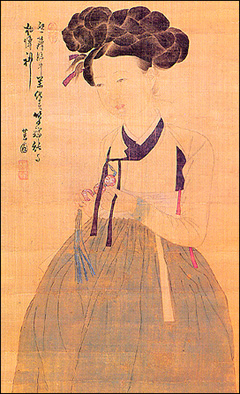 Hwang Jini is a symbol of feminine beauty and power in Korea. A heroine of the Joseon Dynasty, Hwang Jini was beloved throughout Korean history for her superhuman charisma, displayed through her outstanding beauty & wisdom and her extraordinary presence and strength of will.

Despite having been born into a life without much privilege, Hwang Jini successfully shaped her own value and destiny in an oppressive, patriarchic society. She started a career as a kisaeng, a professional performer who worked to entertain kings and men of higher classes, and established her place as the most beautiful and the talented among these escorts serving the aristocracy and royalty.

Empowered by femininity—irresistible beauty, sexy charisma, and remarkable gifts in dance, music and poetry—Hwang Jini conquered men and turned the social norm upside down. She wielded her femininity to lure some of the most influential figures and outwitted them with her gift of words and wisdom. From being viewed as an object of desire, Hwang Jini evolved into an influential figure that ravaged the pride of powerful men and toppled their authority.

In honor of Hwang Jini, we are offering a special Hwang Jini Cocktail ($5) throughout the month of March. 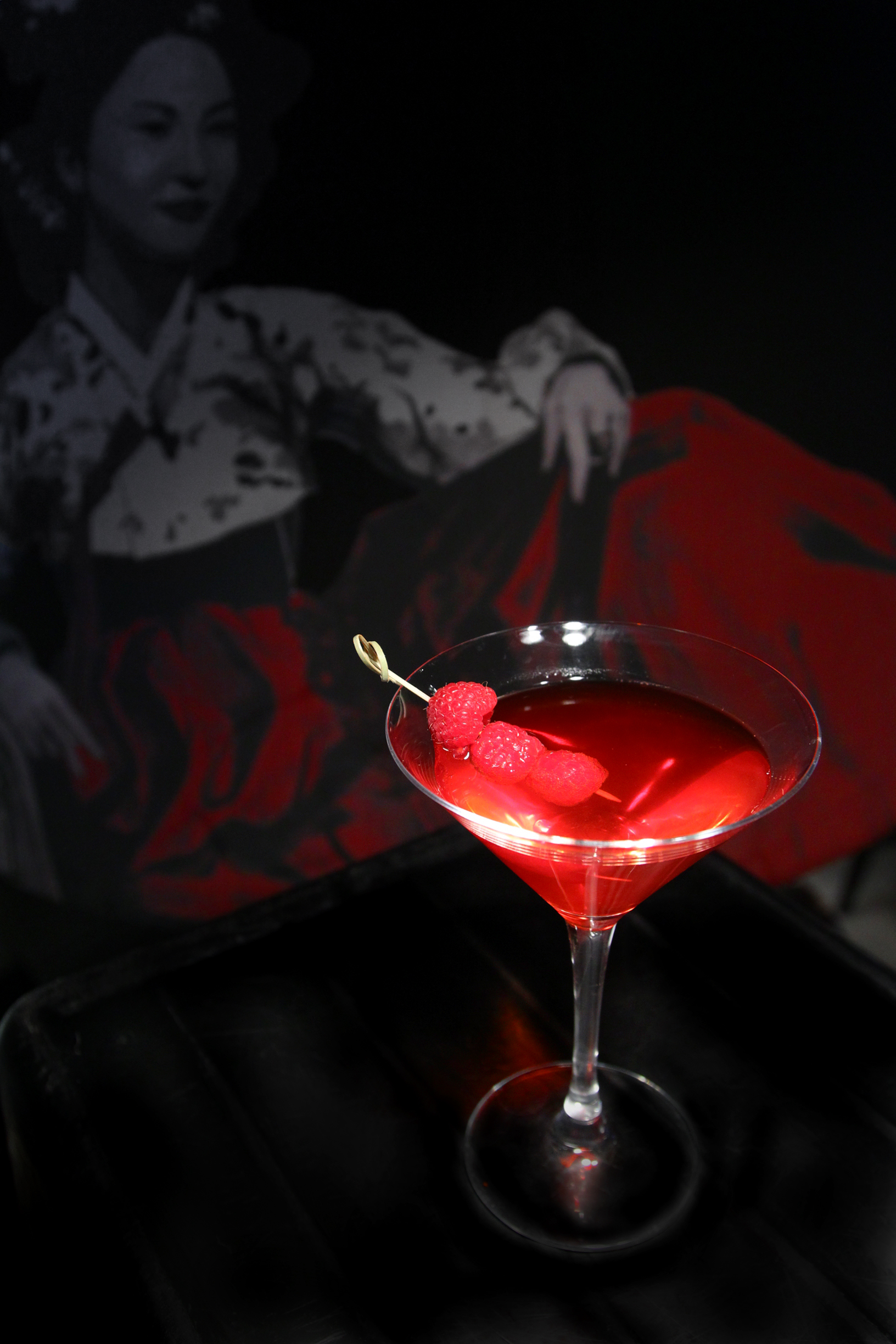 Take a sip of our Hwang Jini Cocktail at miss KOREA BBQ MEE on the 3rd Floor, and let the hems of her red skirt drape down from the Chandeliers and conquer you. Meet our muse and experience the inspirations and empowerment of the Korean heroine, Hwang Jini.